HWJN or Hawjan as it’s sometimes known was the #1 selling Saudi novel in until it was banned for blasphemy. The Saudi Commission for the Promotion of Virtue & Prevention of Vice raided bookshops pulling the book from the shelves because it treats jinn as beings that co-exist with humanity, & tells of a romance between a human & a jinn. (In Arabian mythology, a jinn is an intelligent spirit of lower rank than the angels, able to appear in human & animal forms & to possess humans.) Now translated into other languages, it’s becoming a favorite around the world. “People often listen to the legends of spirits and genies (jinn) with awe and horror. But this story is different and redefines our understanding of the jinn world. Hawjan is a young jinni is in his early nineties who lives in a world that exists parallel to ours. As human populations expand, Hawjan and his family find their village invaded by the parallel human dimension forcing them to live in a villa that is now haunted by humans. Hawjan’s efforts to avoid the human family fail and he finds himself madly in love with Sawsan, a medical student who is gentle and brilliant…but also barely a quarter of his age and human. Living in a different dimension, Hawjan is unable to let Sawsan know about his feelings until he learns how to communicate with her through the Ouija board. He then discovers she has brain cancer. As Sawsan’s health deteriorates, her father becomes easy prey for a sorcerer who tricks him into believing that Sawsan’s illness is the result of the “devils” who haunt their villa. A deadly battle ensues. Eyad, a colleague of Sawsan agrees to allow Hawjan to posses him in order to help save Sawsan & her family. But who will win?” This description was written by Beth McCrea.

Be the first to review “HWJN (English-Kindle)” Cancel reply 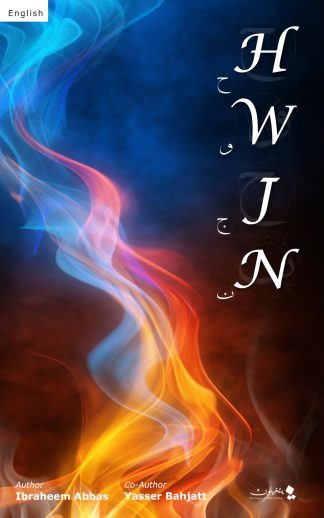