Everyone: Worlds Without Walls (English)

At its best, science fiction has always been a literature of its times. And what times we are living in! Alongside some of humanity’s greatest accomplishments and endeavours, and with greater ability to speak and hear each other across the planet than ever before, we’re still rocked by pain, fear, and outrage seemingly every time we turn on the news – news of division and injustice based on the notion that there’s an “us” and a “them.”

On January 27, 2017, District of Wonders founder and editor-in-chief Tony C. Smith had enough: when the President of the United States promised to build a wall between nations, Tony promised to tear them down.
Thanks to the authors, Kickstarter supporters, and District of Wonders community, we are proud to present a collection that challenges the walls between nations, races, classes, genders, and sexualities. Whether illuminating, battering, breaking, or transcending the walls that divide us, this is an anthology for Everyone.

Listen to the Audiobook of the Battle Of the Palm Trees by Yasser Bahjatt and narrated by Amy H. Sturgis

Be the first to review “Everyone: Worlds Without Walls (English)” Cancel reply 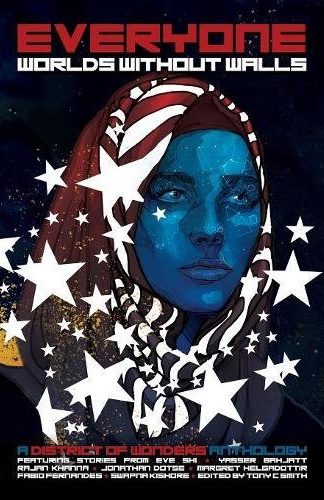 You're viewing: Everyone: Worlds Without Walls (English) SAR 80.01 inc. VAT
Add to cart